I did a block exchange with my bee last year of beautiful batik shoofly blocks.  I've been working to finish this "UFO." 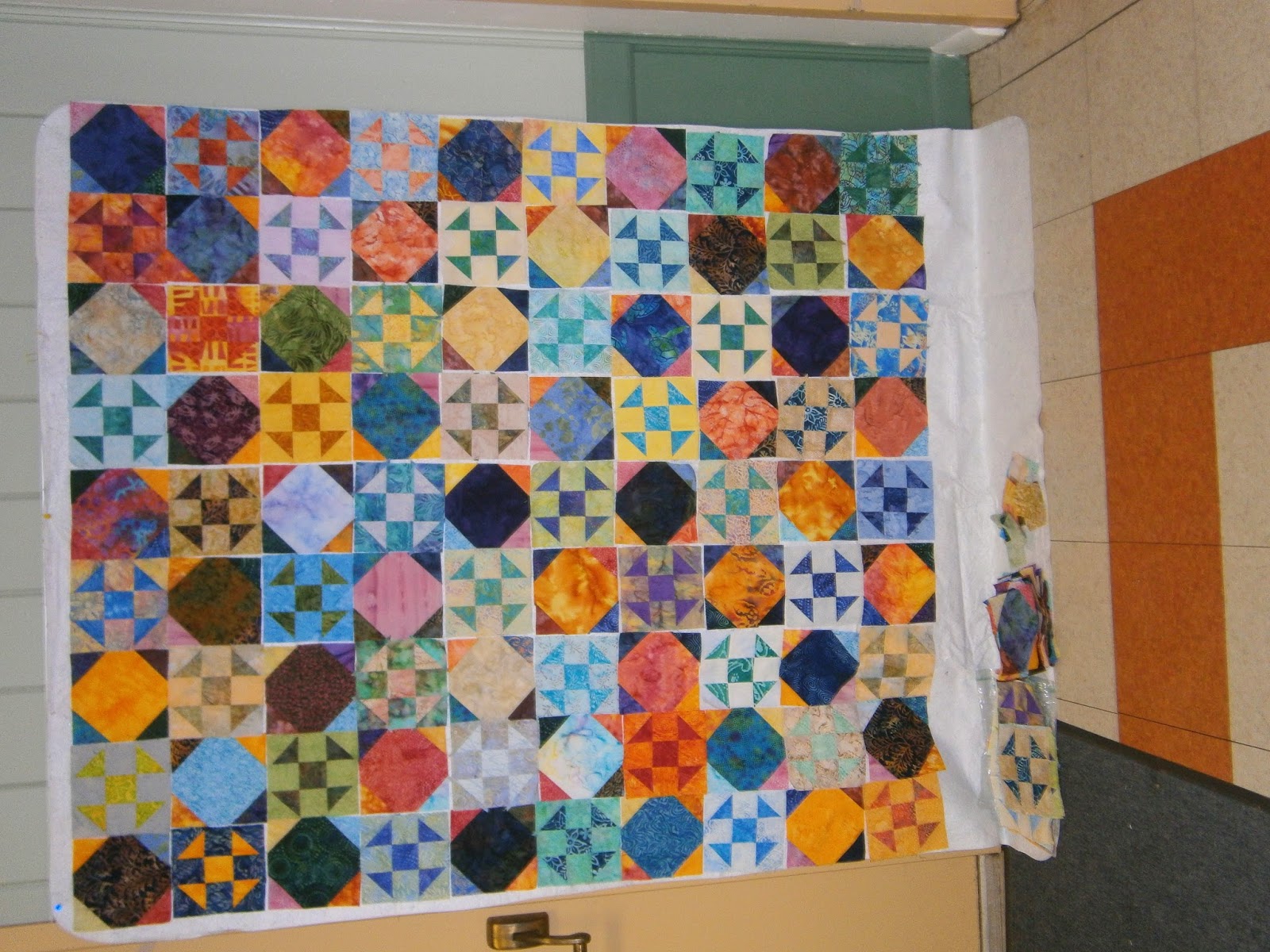 This was the first randomly scrappy iteration, November 2013. The original pattern called for nine patches as the alternate blocks but I decided to do snowballs instead.  At a retreat almost a year ago, I made most of the snowball blocks I would need. 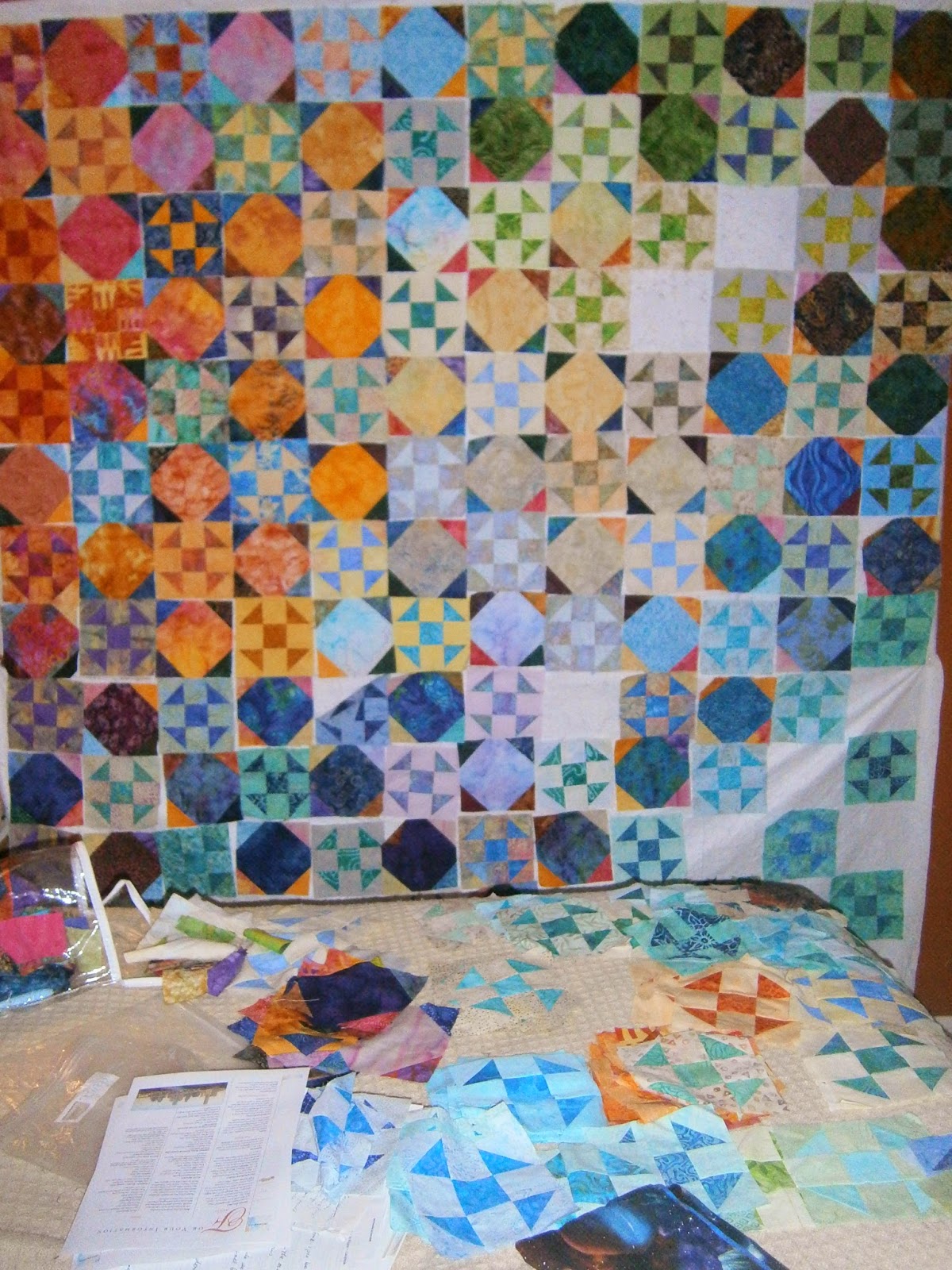 Last month when I put it back up on the design wall randomly, I decided it needed a little more designing. I went for a grouping of strong colors with a smooth transition in between. 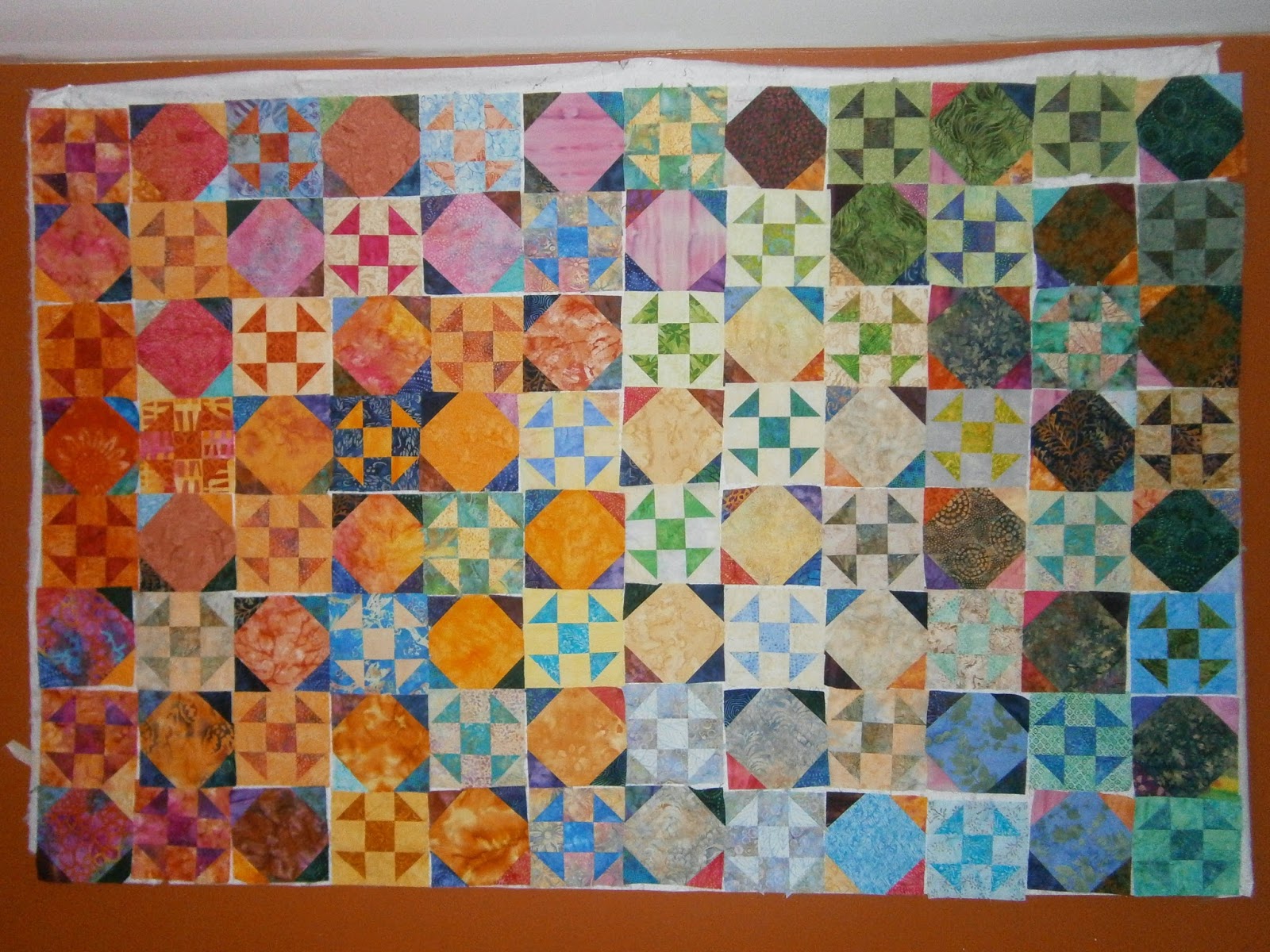 I had so many blocks, I split the quilt onto two design walls! 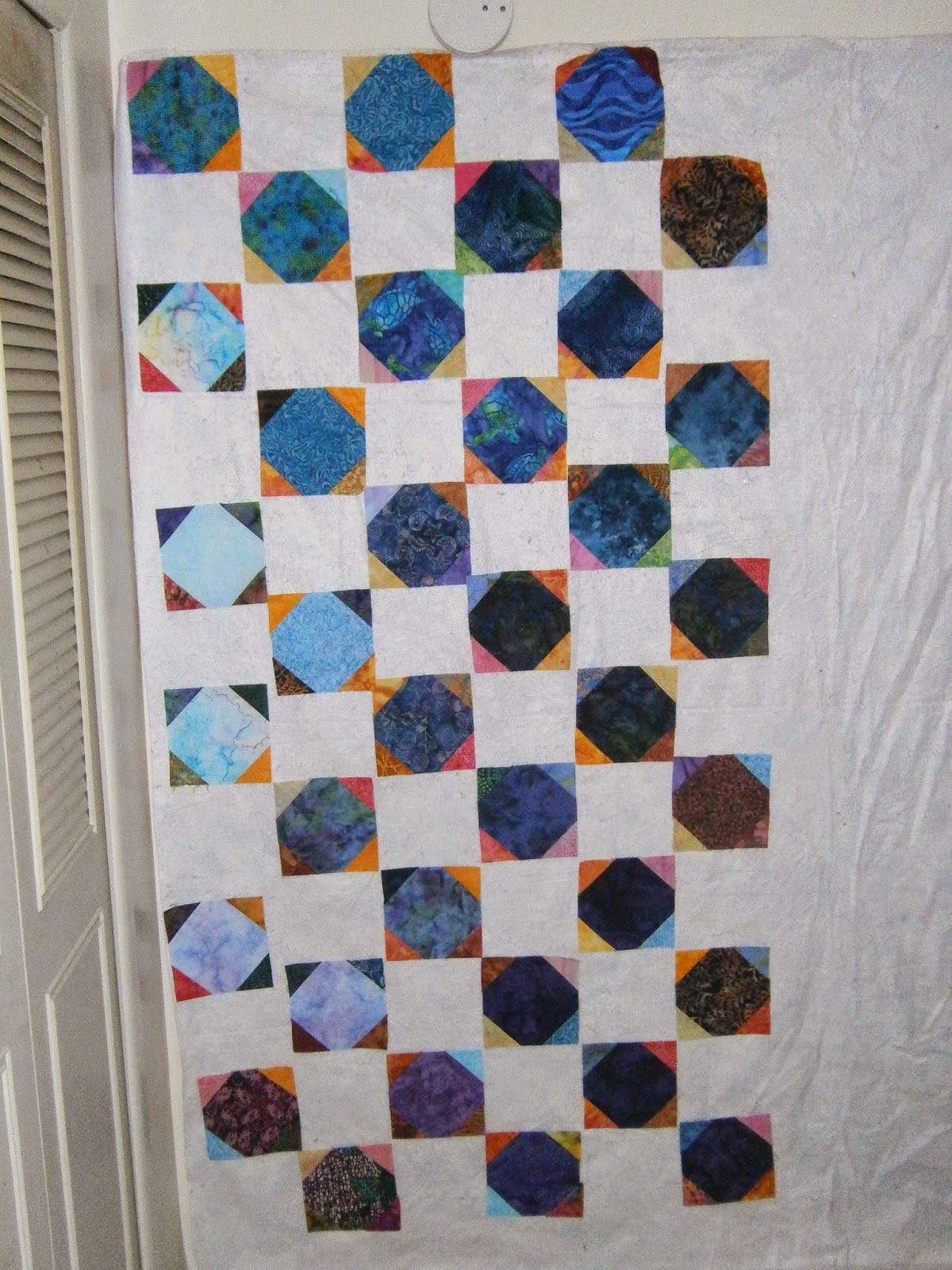 I laid out the lower part (sideways) onto my temporary hallway design wall (which may become permanent). I put up the snowballs first, concentrating on color gradation, then added the shoofly blocks. 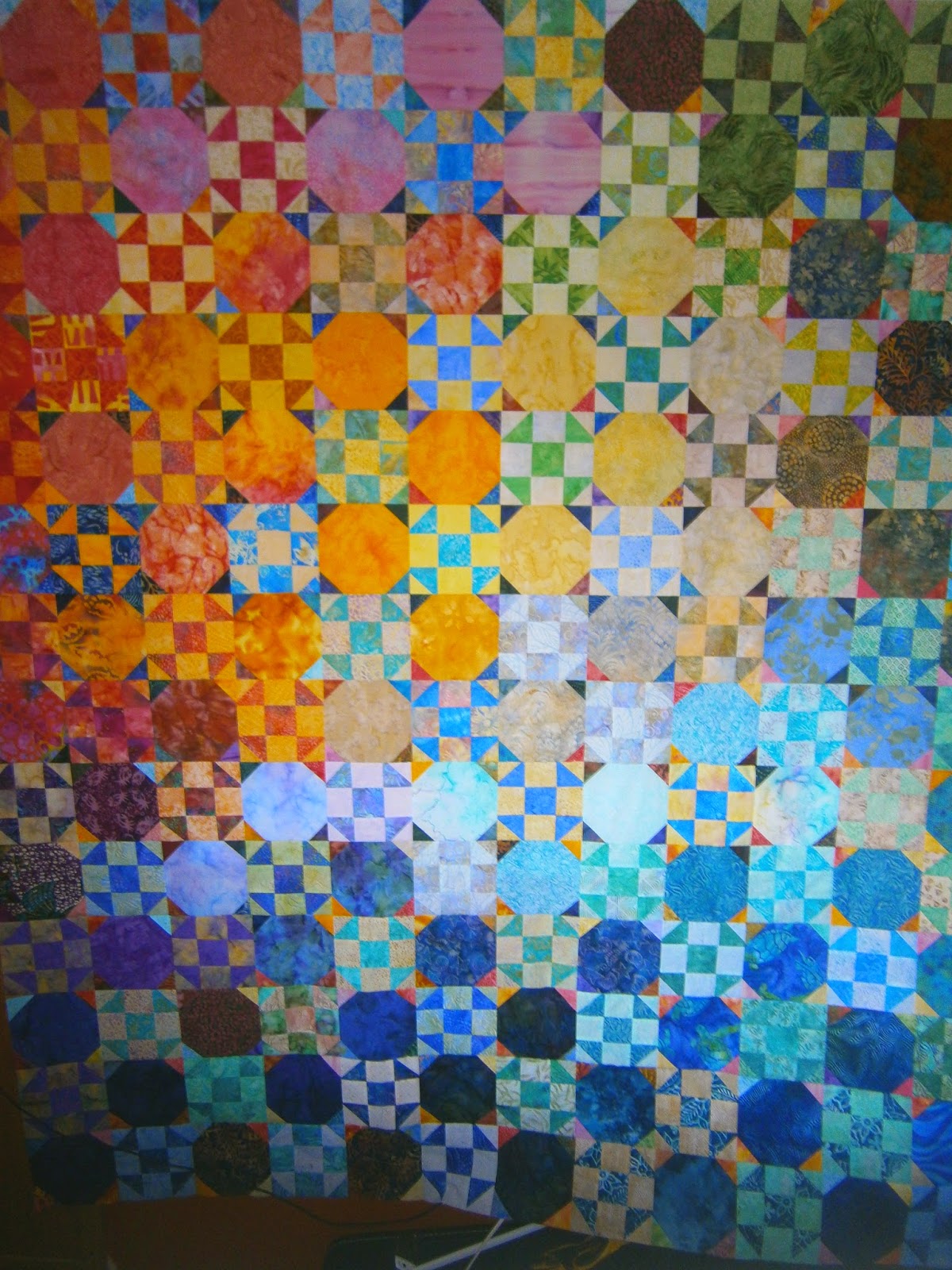 A not great  photo of the pieced top. I'm debating a border, just to make it comfortably fit on the bed.
Posted by Misty at 8:15 AM

Email ThisBlogThis!Share to TwitterShare to FacebookShare to Pinterest
Labels: piecing

You may find a photo of my design wall, my sewing area, my ironing board, my painting table, some source of inspiration, or some other project I'm currently working on. My goal is to document my artistic and creative endeavors every day.